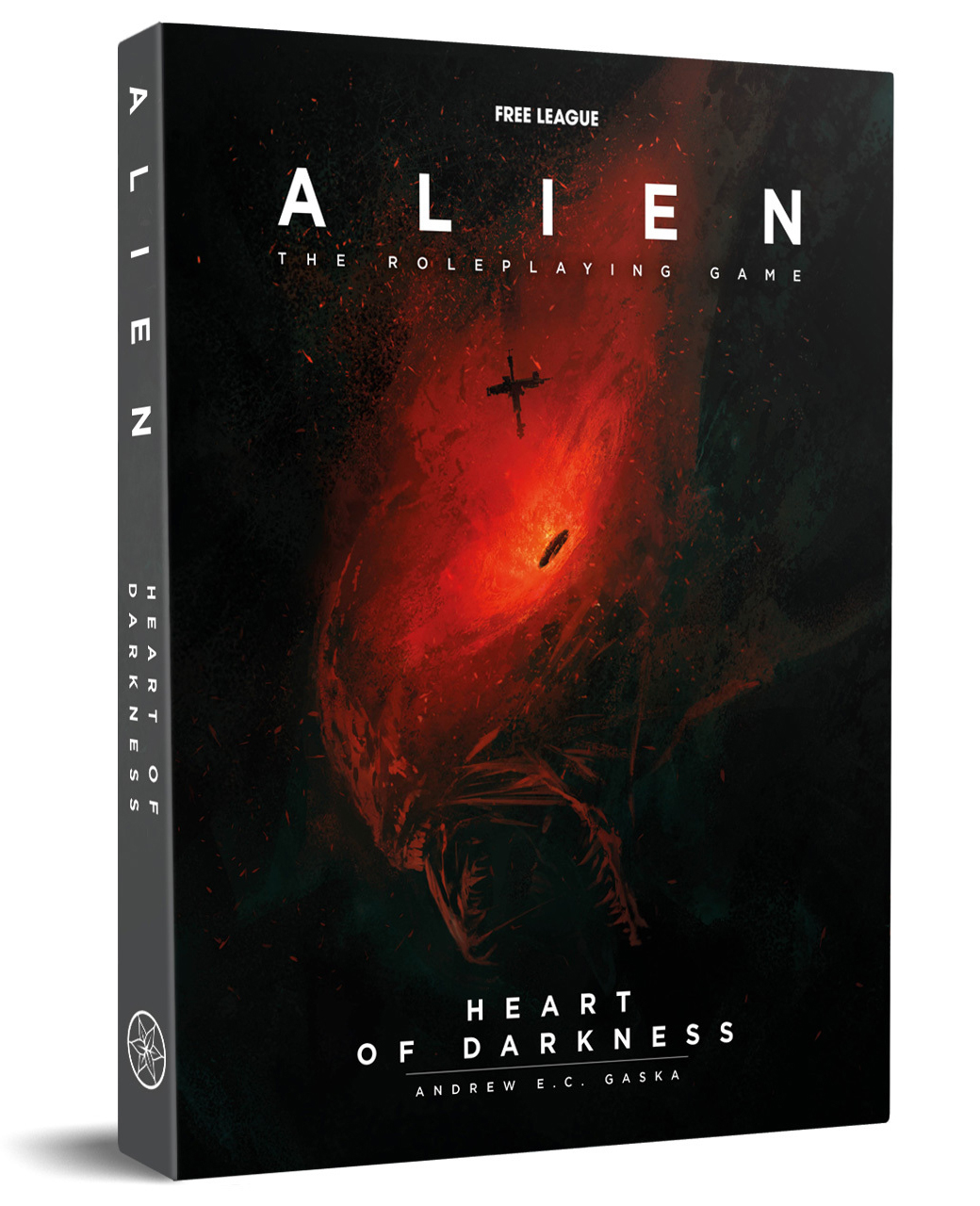 ALIEN: Heart of Darkness is a stand-alone adventure, but also serves as a conclusion to the Draconis Strain Saga begun in the cinematic scenario Chariot of the Gods and continued in Destroyer of Worlds, all written by Andrew E.C Gaska. The expansion is designed for 3–5 players plus the Game Mother as a spiraling descent into soul-crushing madness.

Hitting retail this Summer after a pre-order campaign this Spring, Heart of Darkness will come in a $29.99 boxed set, including a range of maps, cards, handouts, and pre-generated characters. The ALIEN RPG Core Rulebook or Starter Set is required to play.

This pup is packing one epic conclusion to our first Alien cinematic trilogy, so get ready and follow along at alien-rpg.com!