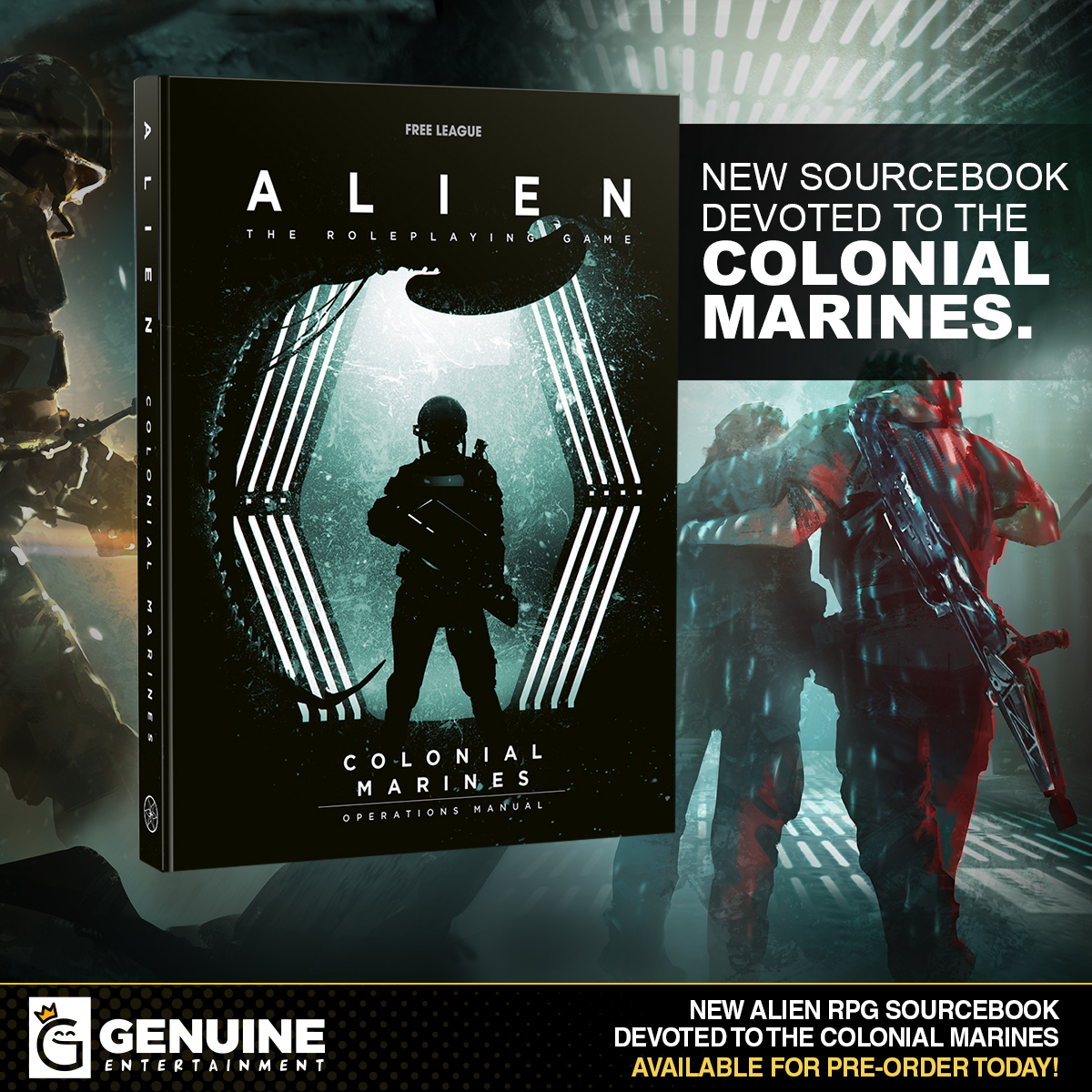 Genuine Entertainment is proud to announce that our next release for the Alien RPG saga is the COLONIAL MARINES OPERATIONS MANUAL, and it’s available for pre-order starting TODAY!

Hitting shelves March 2021, this massive, lavishly illustrated sourcebook arms you with all the tools you need to run open-world campaigns as the glorious Colonial Marines. You’ll learn about the history of the organization, navigate its inner workings, equip yourself with powerful weapons and vehicles, then charge out into the Frontier on five thrilling missions playable in any order. Please note that the ALIEN RPG core rulebook is required to use this book.